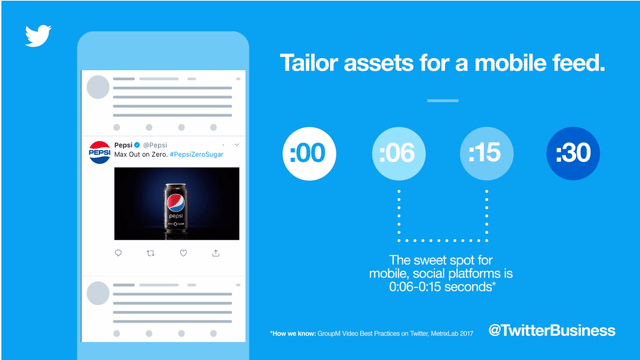 (source)
We’ll get into Twitter’s innovation and product optionality in a second, but the most important thing to understand is that Twitter has retooled their platform to make advertisements more cohesive with the platform. Essentially, Twitter is giving advertisers tools to make ads stick to the feed of a user better, rather than feel out of place.
The most important part of the Twitter bull case is the innovation and optionality of the platform. Twitter’s platform, right now, is just not expansive enough in tools and formats to reach all of their potential advertising targets, particularly SMBs. Twitter needs to branch out and expand the use cases for advertisers. Otherwise, the growth engine that is Twitter will cough, sputter, and die out. So, how is Twitter working to innovate. First of all, it’s by delivering products quickly. At Twitter’s Analyst Day (more on that later), CEO Jack Dorsey made a point of focusing on the company’s push to deliver products in weeks, not months. Improving the ability to quickly push out new features is very important as it keeps the platform feeling relatively fresh and new. Pace of innovation and iteration is critical. Twitter has added a set of new features that I expect can stir monetization with ads and other monetization alternatives:
These are four features that could drive increased engagement as well as increased monetization of the Twitter platform. Let’s start with audio spaces.
This has been Twitter’s first real push into the audio arena. While it seemed for a brief while that Clubhouse would take off, it appears that Twitter Spaces has crushed any thought of that. Think about it, building out exclusive audio meeting infrastructure could be lucrative long-term. Think about connecting a tele-conference together on Twitter by linking various accounts around one particular topic of interest. While advertising might be obtrusive, I can still see some path to an advertising business made from Spaces. That being said, think of it as an online audio meeting platform based around the Twitter platform. From the engagement I’ve seen, especially within FinTwit (financial twitter community), Spaces looks incredibly promising already. Spaces is a big opportunity for Twitter.
The next opportunity is Superfollows. For people that really enjoy the Twitter platform or particular users on the platform, paid Superfollows could inspire a mini creator-economy on the Twitter platform. Allowing content creators to monetize their audience through premium tweets (via tiered Superfollows) opens up another layer of monetization that Twitter hasn’t fully tapped into yet. Let me give an example. Let’s think of Elon Musk’s Twitter account as a test case. He has ~55 million followers on his Twitter account. Let’s say he made a Superfollows option available to followers and that a mere 5% of his followers subscribed for $5/month. In turn they get access to exclusive insights into his businesses, cryptocurrencies, and memes. This translates into ~$165 million in annual value unlocked from one account. Let’s assume Twitter has a take rate of 50%. That’s an additional ~$80M in annual revenue from one account. As you can see, there is lots of potential from Superfollows.
Then there are topics and lists. Why are these important, you ask?
Allowing users to follow specific topics and lists allows advertisers to gain another layer of insight into user engagement versus the surface level timeline engagement. This is important as it enables advertisers to gain a better sense as to what users actually care about, and to target ads accordingly. It isn’t a brand new way of monetizing the platform, but it does open up doors that would otherwise be closed in terms of monetizing the platform’s users with ads. 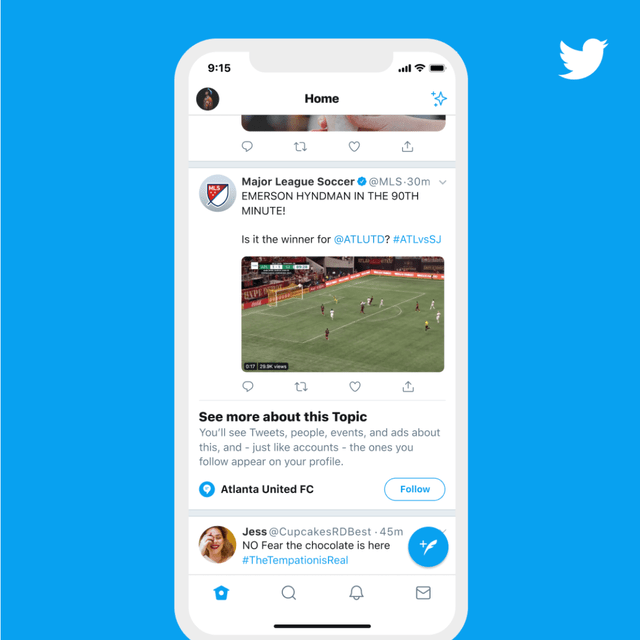 (source: Twitter)
The final avenue of innovation/optionality is Twitter’s integration with Revue, a newsletter service that Twitter recently acquired and has begun to integrate in with the core platform. Revue, while small, could be important in terms of allowing followers to better content with the content they are following. Imagine being able to link a newsletter service in with a user’s Twitter page and give users access to premium, paid, exclusive content that they otherwise wouldn’t have access to. This is yet another angle for subscription revenue similar to Superfollows, but not directly connected.
All of these features and more spell out one key trend: Twitter is innovating and iterating in the right direction, rolling out more and more features that could be value accretive to both advertisers and users. All these innovations and Twitter’s quickening pace of innovation spells out great long-term upside potential in terms of revenue growth.
Twitter has been notorious for being one of the most volatile and risky tech stocks to own, particularly within digital advertising. While I am relatively confident in Twitter’s management now, with the progress that has been made of recent, there is a huge cloud looming over Twitter: can they pull all this off?
Twitter’s management has a controversial past with executing on goals they set out. It’s part of why prior acquisition attempts have fallen through. This lack of trust in management is justified. After all, just look at Twitter’s long-term chart. This stock has been stuck in a rut for years now. Overall this stock hasn’t worked out well for investors, and while the picture that management is painting is indeed bright, we need to remember their track record. Management has a track record over struggling, above all else, to monetize the engagement they see on the platform. They need to turn this narrative around if they want to see meaningful appreciation in the stock from here on out.
Now that we have an understanding of the narrative and the fundamentals going forward, it is important to understand the valuation of the stock, and why I’m not jumping to buy it quite yet. Analysts are anticipating ~29% revenue growth in ’21, ~23% revenue growth in ’22, and ~21% revenue growth in 2023. Essentially what we have with Twitter is a 20%+ revenue growth stock. The stocks that normally command a double digit price/sales multiple are growing high twenties and up consistently. Because of the execution risk, the expectation for slower growth, and the lack of investor trust in management, a premium multiple shouldn’t be awarded yet. Once Twitter can prove this narrative is playing out, I will feel more comfortable awarding a higher multiple to the stock. That said, Twitter has great optionality, high engagement, good enough margins, and numerous runways for growth. With all this in consideration, I’m going to give a P/S ratio of ~8x on 2022 revenue. This is in-line with my methodology for high potential medium growth stocks, and gives Twitter the benefit of the doubt when it comes to executing.
8x consensus 2022 revenues gets me to a valuation of $47.12 billion by the end of next year, a valuation of $59.04/share. Thus, my price target on Twitter is $59. Because of the lack of material upside, I’m going with a hold rating. If I were to get long this stock, I would make a very small (<10%) starter position in the stock while waiting for corrections lower to add.
Overall with Twitter there is a lot to like, but the risks and valuation keep me away from the stock for now. If it starts to trend down into the $40s or even the $30s, I would consider scaling in. Until that point in time though, I feel quite comfortable on the sidelines with a Hold rating. 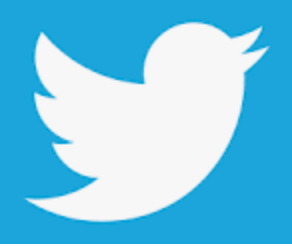 (source: Twitter logo)
TipRanks: Hold
This article was written by
Disclosure: I/we have no positions in any stocks mentioned, and no plans to initiate any positions within the next 72 hours. I wrote this article myself, and it expresses my own opinions. I am not receiving compensation for it (other than from Seeking Alpha). I have no business relationship with any company whose stock is mentioned in this article.
Additional disclosure: This is not financial advice. I am not a financial advisor. Please do your own due diligence before initiating a position in any of the aforementioned securities.